Regular Course for CLAT 2020 going to start from:-

Crash Course for CLAT 2020 going to start from:-

CLAT (Common Law Admission Test) is the entrance exam designed to enroll the most eligible candidates into various law courses offered by the National Law University of the country. Tara Institute emerged as the premier institute for CLAT that offers expert guidance over the related legal matters that are asked in the form of questions in the entrance examination.

With the Indian law system booming like never before; a lot of people now want to make their career in the law domain. CLAT is one of the most common law entrance examinations that act as the gateway to premium law programs offered by top-notch law institutes. After clearing the 10+2 examination, a candidate can appear for the Common Law Admission Test (CLAT) examination.

The scores of the CLAT test are considered by the 19 NLUs and some other law institutes too. Our CLAT coaching in Delhi prepares the students in a result-oriented way so that they secure a seat in their desired law university. We have highly experienced faculty members that use a unique teaching method to impart quality education to each of our student.

We offer best coaching classes for CLAT in Delhi and prepare the students with the purpose to make them excel in their attempt to find entry into their preferred courses and colleges of law. Our study material and practice papers are prepared as a close substitute of the real-time examination to give the students a clear inbound of the actual attempt.

Our crash course for CLAT exam preparation is mated with the expert faculty that guides the students with the necessary tips and tricks that will help them in attaining the zeal to work dedicatedly to improve their ranking stature in terms of scoring well in the entrance exam of CLAT.

Our CLAT coaching in Delhi directs the students towards gaining the best possible results via corrective learning approach and proper time management. We guide the students to acquire an edge over the tough competition by following a easy, organized and systematic approach of learning and applying the methods.

Tara Institute is the Top 5 coaching classes for CLAT examination in New Delhi, Our Institute is leading coaching centre. The institute which have their own study material, Test Questions Papers and providing online test series as well as offline test series with mock test and other facilities for more benefits of students.

Tara Institute is providing face to face CLAT Exam Preparation Coaching in Delhi, NCR. So, join the Institute for your best result in CLAT Entrance Exam. 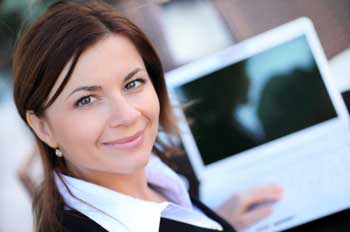 The first CLAT Core Committee consisting of Vice-Chancellors of the seven participating NLUs at that time decided that the test should be conducted by rotation in the order of their establishment. Accordingly, the first Common Law Admission Test (CLAT) was conducted in the year 2008 by the National Law School of India University (NLSIU), Bangalore. Subsequently, CLAT-2009, CLAT-2010, CLAT-2011 and CLAT-2012 have been conducted by NALSAR-Hyderabad, NLIU-Bhopal, WBNJUJS-Kolkata and NLU-Jodhpur, respectively. The CLAT-2013 is being conducted by Hidayatullah National Law University (HNLU), Raipur.

CLAT 2017 was conducted on May 14 by Chanakya National Law University (CNLU), Patna and the answer key was released on May 29, 2017. The first allotment list will be released on June 11, 2017.
The table contains the expected cut-off marks for CLAT 2017:

The first allotment list was released on 1st June. RGNLU released the second list in the second week of June. The third and the fourth allotment lists on the 20th June and 29thJune respectively. The admissions closed on 6th July 2016.
The table below mentions the trends of cut- offs for all participating NLU's of CLAT 2016:

In the year 2015, CLAT was conducted online for the first time by Dr. Ram ManoharLohiya National Law University, Lucknow and following was the trend of cut-offs for CLAT 2015:

When compared to CLAT 2014, the cut-offs took a dip in 2015 due to the increased difficulty in the mathematics and reasoning sections. The cut-off data is indicative as official cut-off lists of the participating colleges are available on the registered accounts of the aspirants who take the exam.
Following list of cut offs for CLAT 2014 has been prepared on the basis of insights provided by aspirants who took this exam:

*Data is indicative as official cut-offs are not declared*
Admissions to the coveted National Law Universities in India are on the basis of CLAT score only. Therefore, you need to clear the cut offs to get into your dream institute. So, it is very important to score well in each section of the test. Post the written exam, the applicants are screened based on their CLAT score and called for the counseling round by the institutes they indicated in their choice in the online form. 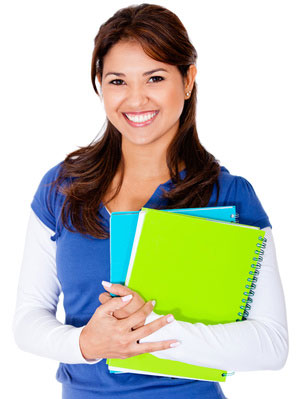 English Language
In this section of the UG - CLAT, you will be provided passages of about 450 words each. These passages will be derived from contemporary or historically significant fiction and non-fiction writing, and would be of a standard that a 12th standard student may be able to read in about 5-7 minutes.
Each passage will be followed by a series of questions that will require you to demonstrate your comprehension and language skills, including your abilities to:

Current Affairs Including General Knowledge
In this section, you will be provided passages of up to 450 words each. The passages will be derived from news, journalistic sources and other non-fiction writing. The questions may include an examination of legal information or knowledge discussed in or related to the passage, but would not require any additional knowledge of the law beyond the passage.
Each passage will be followed by a series of questions that will require you to demonstrate your awareness of various aspects of current affairs and general knowledge, including:

Legal Reasoning
In this section, you will be expected to read passages of around 450 words each. The passages may relate to fact situations or scenarios involving legal matters, public policy questions or moral philosophical enquiries. You will not require any prior knowledge of law. You will benefit from a general awareness of contemporary legal and moral issues to better apply general principles or propositions to the given fact scenarios.
Each passage would be followed by a series of questions that will require you to:

Logical Reasoning
The Logical Reasoning section of the UG - CLAT will include a series of short passages of about 300 words each. Each passage will be followed by one or more questions that will require you to:

Quantitative Techniques
The Quantitative Techniques section of the UG - CLAT will include short sets of facts or propositions, graphs, or other textual, pictorial or diagrammatic representations of numerical information, followed by a series of questions. You will be required to derive information from such passages, graphs, or other representations, and apply mathematical operations on such information.
The questions will require you to:

Tara Institute is a renowned name for CLAT Examination Preparation in Delhi. We have dedicated faculty members for CLAT Coaching in Delhi. Our Faculties and Management team are Totally updated as per CLAT Latest Exam Pattern. On 21st November 2019 The meeting was chaired by the President of the Consortium, Prof. Faizan Mustafa, Vice-Chancellor, NALSAR University of Law, Hyderabad and all the Vice-Chancellors of member NLUs of the Consortium attended the meeting. The CLAT Examination will also have a change in the Examination pattern of the questions for the UG Under Graduate Program. Comprehension based questions would be asked from Quantitative Techniques, English, Current Affairs, Deductive Reasoning, and Logical Reasoning. It means Prof. Faizan Mustafa is not agreed with Legal aptitude, it may be asked as a question in reasoning under the topic of Analytical Reasoning, it might be possible that current Affairs will also be in the same topic. But right now we are not sure, we should wait until the CLAT Notification out. Tara Institute makes study materials and test series as per the latest pattern of the CLAT exam. So please don’t worry about CLAT’s new pattern, we are ready for CLAT new pattern, which will be changed within this year. So students, Join now!! Tara Institute for CLAT Coaching in Delhi. We have centers nearby you for CLAT Exam Preparation. Enroll today for the best result in the CLAT Exam. As per the meeting of Prof Faizan Mustafa, the Examination pattern will be changed in the number of Questions also, Questions would be 120 to 150, Timing will remain same as it means two hours for 120 or 150 questions of CLAT Examination. Prof. Mustafa said that asking students to answer 200 questions in 120 minutes is not right as it puts students under a lot of mental stress. The exam will remain offline and the duration will be two hours. He told that the idea is to get better students to National Law Universities who have competence in reading texts and demonstrate skills in inferential reasoning. Prof Mustafa had also launched a YouTube video for declaration. So please watch the video for information and wait for CLAT Notification and join for Best Coaching for CLAT exam preparation in Delhi – Tara Institute Delhi for Clat Coaching.

If you’re preparing for the CLAT then you must join CLAT Coaching in Delhi for the best understanding examination. There are a few tips that should be on your fingertips to make the cut off list:

Our Teaching Plans for Exams